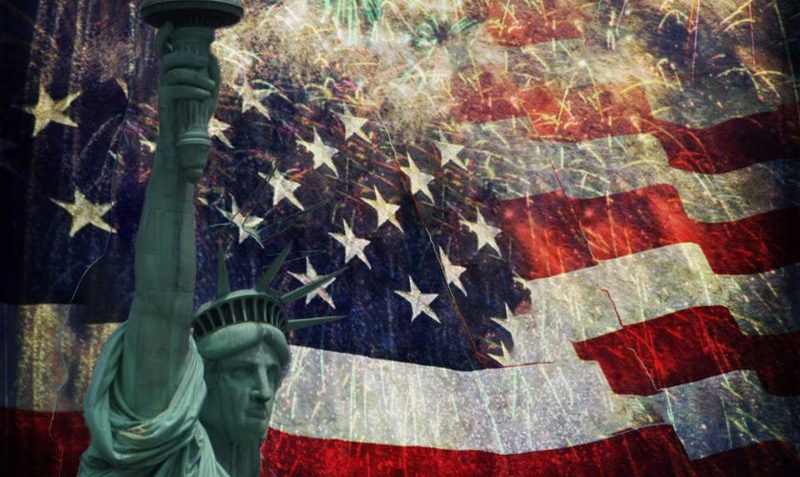 Oh Say Can You See
By Donald Pollock, P.M.

“Oh say can you see, by the dawn’s early light, what so proudly we hail at the twilight’s last gleaming?
Whose broad stripes and bright stars thro’ the perilous fight, O’er the ramparts we watched, were so gallantly streaming?   And the rocket’s red glare, the bombs bursting in air, gave proof thru the night that our flag was still there.
O’ say doth that star spangled banner yet wave o’er the land of the free and the home of the brave?”

One-third (1/3) of the thirty-nine signers to our Constitution were Free Masons.  However, there were a few that could not attend that session, among whom were Brother George Washington, Brother Benjamin Franklin, and Brother James Madison.

Historically, there is still some controversy as to whether Masons were involved in the Boston Tea Party, it seems this group of men, dressed as Indians, all came from The Green Dragon Tavern in Boston. The Green Dragon Tavern was the meeting place for the St. Andrews Masonic Lodge and also “The Sons of Liberty” as well.  They did have several members in common, among whom were Brothers Paul Revere and John Hancock.  Did you also know that Betsy Ross, the maker of our first thirteen colony flag was the wife of another member of the Craft?

There have been so many great Americans who were Masons.  Our Craft has included, 13 Presidents, many Senators, Congressmen, Governors, Supreme Court Justices, businessmen,  actors artists, musicians, and athletes.  Red Skelton, Al Jolson, Clark Gable, Danny Thomas, Houdini and let us not forget the greatest “Yankee Doodle Dandy” or all, George M Cohan and Irving Berlin and George and Ira Gershwin.

Have a Happy safe, fun, and love filled Fourth of July!