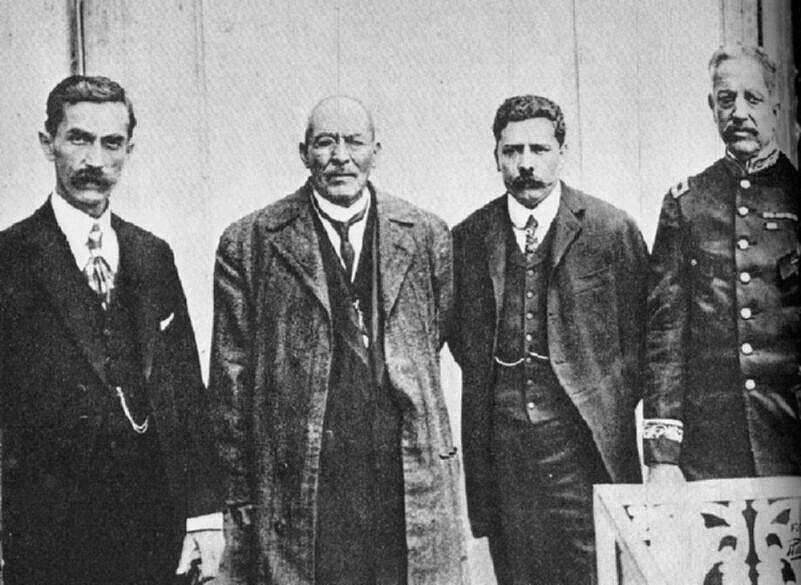 Freemasonry and the Mexican War of Independence
Prepared by Wor. Eduardo Estrada, P.M.

Throughout my life I have heard many of my fellow Americans confuse and intermingle the historical facts associated with the celebrations of Mexican Independence from Spain and the celebration known to us as Cinco de Mayo.  Contrary to widespread belief, Cinco de Mayo does not commemorate Mexico's Independence Day.  May 5th marks the Mexican army's victory over France at the Battle of Puebla during the Franco-Mexican War in 1862.  The Mexican War of Independence was declared on September 16, 1810, 52 years prior to the famous battle at Puebla.  It was a war between the people of Mexico and the Spanish colonial government.  The Independence of Mexico was a prolonged conflict lasting 10 years, which originated in the inequality that existed between the social classes.  Mexico's Independence Day is celebrated on September 16th, and it commemorates the establishment of a constitutional republic.

Having had cursory knowledge about Freemasonry and its influence on Mexican history and politics, I was determined to cobble together a summary of the facts in preparation of an oration I had agreed to present at our Scottish Rite Stated Meeting this past September.  Wor. Andre, and Wor. Michael David subsequently invited me to do the same for your enjoyment.

Commonly confused with Cinco de Mayo in the U.S., the anniversary of Mexico’s War of independence celebrates the moment when Father Hidalgo, a Catholic priest, called for Mexico's independence from Spain on September 16, 1810.  Mexicans around the globe celebrate the anniversary of the country's independence from Spain, in the same way we celebrate our day of Independence on every July 4th: That is, by enjoying BBQ gatherings, parades, parties, and of course-drinking and driving (lol-please don’t).  Interestingly, the events that were occurring around the formation of the new government of Mexico had strong ties to the Masonic fraternity.

The history of Freemasonry in Mexico can be traced to at least 1806, when the first Masonic Lodges were formally established in the nation.  Many presidents of Mexico were Freemasons.  Holders of conservative ideas gathered in lodges of the Scottish Rite, while reformists chose the York Rite.  Hence escoceses became synonymous with Conservatives, and yorkinos with Liberals.  Santa Anna, a name you will recognize, was a Scottish Rite Mason.

Looking at it from another perspective, on one side you had Conservatives who followed the Scottish Rite which was closely tied with the Jacobite movement from England.  At the Time of the Mexican War of Independence many Jacobite's found themselves as expatriates living in France.  On the other side you had Liberals who followed the York Rite, which is Masonry as practiced in England, Scotland, and the United States. They were referred to as Yorkinos.  At the root of the divide between the Yorkinos and the Escoceses was how the country would one day be run.  The Yorkinos wanted to see a more democratic form of government and the Escoceses wanted to see a more governmentally controlled approach to government, which was more in alignment with Kingship.

These two methods of masonry became political movements in Mexico as liberals and conservatives picked which method of Masonry they were going to follow.  The Escoceses being the more established version of masonry in Mexico, represented the status quo.  To gain power, Liberals began joining the York Rite Lodges.  Eventually a civil war broke out with the York Rite on one side and the Scottish Rite on the other.  This became an armed conflict with mason taking up arms against mason.

By 1831 the battle was over and eventually the Yorkinos and Escoceses would resolve their differences and come back together.  By that time, Masonry had become less of a force in Mexican politics.

Conspiracy theories about the role of Freemasons in our history are abound.  To this day, no real facts have supported the theory that somehow a global secret order with members in every layer of society indeed influenced or changed the actions of its individual members.  Perhaps that is the function of freemasonry being secret.  Did George Washington and Thomas Jefferson execute orders from this secret society?  Would Simon Bolivar, the independence hero of most of South America, have changed anything if he had not been a mason?  Was there some kind of a code or ideology that influenced the political decisions that made our modern world?

Freemasons were blamed for causing World War I and World War II.  After the Catholic Church excommunicated the secret order in 1738, Freemasons faced periodic persecution in countries all around the world.  This in turn gave rise to allegations of subversiveness and undue influence on world events.  Much commentary and numerous depictions in popular movies and documentaries have been perpetuating these views during the past several years.  If you know the true answer, you are probable better off keeping it to yourself.